NAB 2020 is still scheduled to go ahead as of today. With so many other conferences, trade shows, and events being canceled all over the world, is it just a matter of when rather than if NAB will be canceled? With several big companies already withdrawing from NAB and travel restrictions in space, even if … Continued

No Film School has been closely following the coronavirus and its impact on the population, film industry and industry events. Last week, SXSW was cancelled for the first time in 34 years. Many other events have been postponed or turned into online-only seminars over the health and safety concerns of its attendees.

NAB Show is an event No Film School attends and covers regularly. It’s held in Las Vegas at its local convention center, and this year’s show takes place April 18-22. Nevada has confirmed COVID-19 cases, though state health officials have not placed any restrictions on public gatherings or travel in Nevada. As of March 9, 2020, NAB organizers state the show is “proceeding as planned.” Show organizers have also instituted a “no handshake” policy during the event.

The Photography Show & The Video Show which was scheduled to happen this weekend (14-17 March 2020) has been postponed due to the Coronavirus. It seems that we are getting cancellations of events or companies withdrawing from large scale events daily as the virus continues to spread. Quite a few big companies were scheduled to … Continued

The post The Photography Show & The Video Show 2020 postponed until September appeared first on Newsshooter.

Today on the show we chat with cinematographer Kira Kelly about her work for the Netflix show Self Made.

Kira talks about her shift from documentary work to more narrative projects, how she transitioned from the lighting department to cinematographer and much more. 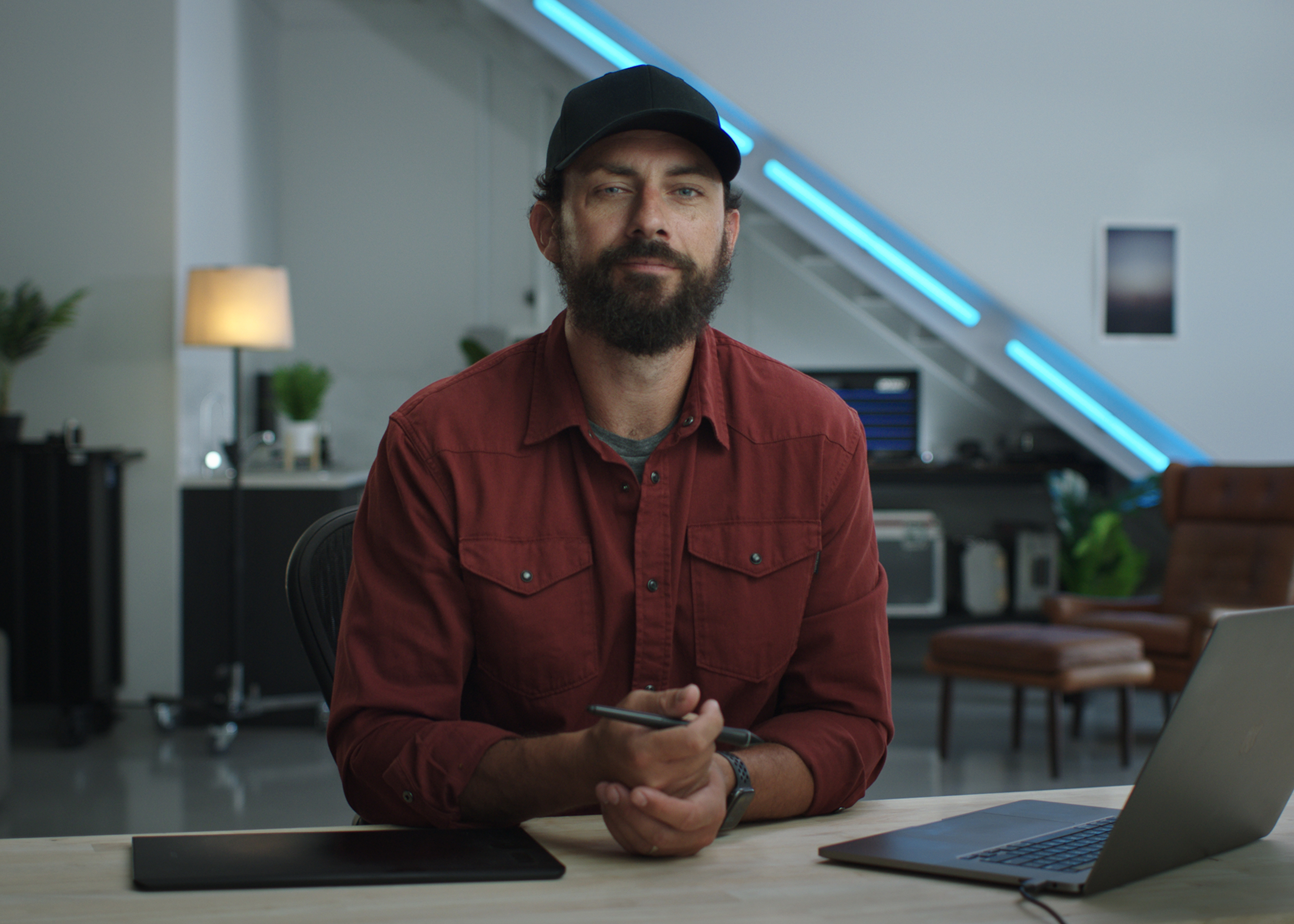 I will be sending all the info out via email so if you are in a place where knowledge of the business side of commercial cinematography and learning how to maximise pre-production can be of value I would encourage you to check it out.

This week on the Patreon Breakdown Podcast we are going back to our roots of beautiful images shot by talented cinematographers.  We are breaking down a recent Super Bowl commercial shot by none other than Emmanuel Lubezki ASC.

Lots of great set ups in this fast moving ad that you can hopefully take away and use in your own work.

To see the images and listen to the special breakdown podcast click the link below:

Leica releases its medium format camera, but it comes at a cost.

The red dot has bumped its megapixel count. Nearly a year and a half after first teasing it, the Leica S3 medium format camera is available for those willing to shell out $19,000. A 64MP Leica ProFormat CMOS sensor is capable of recording 4K DCI internally. But is it worth a look for videography? Let’s dive in.

Optical flow retimes are amazing…until they’re not. When there’s too much change in the shot the slow motion clip ends up with weird bubbling artifacts that make the clip unusable…until now. Today we’re going to lift the lid on a way to repair bad retimes and bring them back to production-worthy status. I’ve put together a short video of the process in Nuke, but you can apply the techniques just as easily in After Effects.

There are three main steps to the process: 1. Create a custom morph between source frames, 2. Paint out the artifacts using the resulting morph, and 3. Add additional motion blur to smooth everything out.

Retime artifacts typically occur when there’s significant occlusion between frames. If someone moves their hand close to camera for example, there’s just not enough information between two frames for the optical flow algorithm to fill in the missing detail. Fortunately as human beings, we can often follow shape changes that the computer algorithms can’t. So we can guide a warp between two frames, essentially “art directing” how the pixels should move from one source frame to the next over the course of the retime.

To achieve this, a spline warper is a must. Don’t even think about doing it with a grid warp tool. If you own any flavor of Nuke, you’re in luck—there’s a spline warp tool built in. You can download a non-commercial version of Nuke that will render out up to 1080p for free from foundry.com. The catch of course is…it’s for non-commercial use. For work in other packages like Fusion or After Effects, you’re stuck with forking out the cash for RE:Vision FX’s RE:Flex. It ain’t cheap, but in my humble opinion a spline warper is such an indispensable tool that it’s worth it in the long run.

One last free(-ish) option: If you still have a 32 bit OS X operating system running, you can download a copy of the venerable Shake 4.1. At this point I think you could safely call it abandonware (after all, Apple completely abandoned it), though I’m not a lawyer, so don’t blame me when you get the legal summons. It had a smashing good spline warper in its day, so there’s that.

The idea is we morph from one source frame to the next. Then we can animate the morph across the retime period. For example if it’s a quarter speed retime, the original frames 1 and 2 would morph across frames 1 and 5 in the retimed version. We create shapes around the key elements that the optical flow tool is having problems with and make sure they correctly morph across the frame range.

The result is…an unusable piece of footage—by itself that is. There’s no way you could use your morph work as a final retimed frame because you’re stretching pixels in a way that distorts occluded areas badly. BUT, it does make a good source for painting out errors in the optical flow footage.

Painting the morph frames over the broken retime

With the morphed sequence created, we can then use it as a paint source to cover over the artifacts in the optical flow retime. The painting is a frame-by-frame operation and requires the use of cloning, smearing and blurring in addition to the morph source.

One step worth noting: the smear brush often works better than the blur brush in smoothing out motion detail. Try  smearing harsh areas then applying a small amount of blur brush afterwards to smooth motion out.

A critical part of this process is to step back and forth between frames and see what jumps out at you. We’re aiming for a smooth transition of motion from frame to frame. Anything that appears as jarring movement from one frame to the next should be smoothed out with additional paint or blur.

This is probably the most counter-intuitive step. At the end of the process we add an additional layer of motion blur. This is a classic visual effects trick: hide things in the blur. By applying an extra layer of motion blur, any inconsistencies in the paintwork get smoothed over. This requires a motion blur filter that can generate motion vectors to drive the blur, although you could theoretically “choreograph” a keyframed directional blur with a little bit of matte work.

Usually we’re trying to avoid additional blurring, but in this case the audience will forgive the effect, since we’ve come to understand that “moving things get blurred” in camera. Of course the reality is that if we’d really filmed a slow motion shot “in camera” there would be almost no motion blur due to the high frame rate and thus short shutter timings.

As always a picture tells a thousand words, so watch the short video below for a walkthrough of the process. Like all the content on moviola.com, it’s completely free.

More companies are pulling out of NAB 2020 and Adobe is the biggest one so far. It’s hard to believe the show will go on especially if more are following. Each year, we look forward to seeing our video community at NAB to talk about the latest trends and our product innovations. Over the past … Continued

The post Adobe officially withdraws from NAB 2020 due to COVID-19 appeared first on Newsshooter.

Welcome to a special podcast series from Steve Hullfish and ProVideo Coalition! For the next few weeks, in addition to the regular Tuesday episodes of the Art of the Cut, we will be releasing Steves conversations with the editors of the top films at Sundance Film Festival 2020.

For our seventh bonus Sundance episode, Steve talks with editor Mdhamiri A Nkemi about “The Devil’s Harmony.” You might recognize Mdhamiri’s name from Steve’s recent podcast with him about the film “Blue Story.” At this year festival, “The Devil’s Harmony” won the Short Film Jury Award for Best International Fiction Short. You can listen to the full episode below:

The Voices from Sundance series is sponsored by Endcrawl. Endcrawls cloud render engine turns around preview renders in minutes, and 2k and 4k renders in about a half hour. The Endcrawl render engine is on-demand 24/7 so even if you’re in a late night session, you can sign in to your project, fix that typo — or add that late-breaking special thanks — with one click. Listeners of the Art of the Cut can skip the waitlist if you sign up using endcrawl.com/aotc. This is a limited time offer so if you want to skip the line go to endcrawl.com/aotc today!

Interested in listening to more podcasts focused on the art and craft of editing? Check out the Art of the Cut Podcast!

The Art of the Cut podcast is available on Apple Podcasts, Spotify, Anchor, Google Podcasts, Breaker, Pocket Casts, Overcast and Radio Public. If you like the podcast, make sure to subscribe on your favorite podcast app and tell a friend!